Don’t Leverage Social Media for Customer Service, if this is what you do! 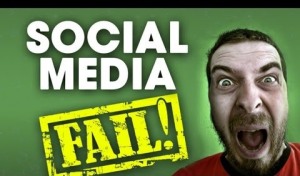 It has become a “fashion” among Service Providers to use Social Media for Customer Service, or rather becoming an imperative. There’s no problem with the intent of leveraging “technology”, however, there are so many ways in which this goes horribly wrong.

Couple of weeks back, I had a “temporary” issue in accessing certain websites through my 3G data card from Reliance Communications. It didn’t seem to be a problem specific to my data card, and I could easily guess that there might be a network related issue that they’d fix in certain window anyway. There was no point in raising a complaint, especially knowing the kind of hassles a telephone call to customer service typically makes you go through, with the SLA Games they play (That is an even bigger issue, but more on that later!).

I ended up Tweeting a rant. Not really expecting much, just a rant

Something terribly wrong with Reliance 3G Data services. Can access some of the web, everything else seems on infinite latency! #rant #delhi

The problem went off by itself, as is usual with network stuff. I got back to my routine, and forgot the whole thing.

@ashish_bhagwat Kindly Message us your contact details with (Full name, mobile no. and query) via DM. We shall get in touch with you shortly

There is plenty wrong with this!

–       They took the whole of 6 days to even make the first contact! Why even do that by when it didn’t even matter any more!?

–       They expected me to DM (Direct Message) them my details. The real process of any redressal would actually kick-off only after I do a DM. That is, if I’m really still rankled enough by the problem to bother myself to do that!

–       The DM requires the intended recipient to follow you already! They weren’t even following me at the time. (Looks like they did follow me later though.)

–       If there indeed was a human looking at my tweet and responding, I’d expect an apology for delayed response and a more contextually relevant message. But, this is a human Bot – there was a flurry of tweets the same day from Reliance to a bunch of folks, as if someone just woke up and decided to clear the inbox.

–       Their profile very clearly demonstrates there’s no serious effort. For a Service Provider with millions of subscribers, it is a shame to have an official account with merely around 2500 followers, and a quick scan at the tweets makes me wonder why in the first place do they have this account. Such a waste!

This is precisely the problem with the companies following social media strategy in fashion. Don’t even do this if you can’t get the basics right. Just shut the account until you know your precise objectives on Social Media, and until you have a clear focus and action plan to achieve it. You may be better off without it until then!

This entry was posted on November 6, 2012, 8:08 pm and is filed under BPM, Business, Leadership, Technology, Trends. You can follow any responses to this entry through RSS 2.0. You can leave a response, or trackback from your own site.