What comprises the Definitive Core of BPM? 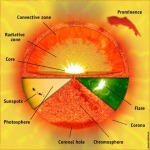 What’s the Core of BPM? This may sound like a rhetorical question, especially in this blog. But, seriously, what’s the definitive core of BPM right now? I’m not looking for the definition of BPM, as we have spent sufficient time debating it (as Gary brought to our notice again) and realizing there’s no one single (please all) approach to defining BPM. I just wanted to reflect upon it a little, without being suggestive of the answer one way or the other as I have often tried to do in the past. A prominent answer could help. May be any skepticism around BPM being a bubble could be then erased, apart from help from some other learning that Adam also hinted at from CRM example.

So, What lies at the definitive core of BPM?

Is it the workflow? There’s no doubt in my mind that the workflow (whether you define it systemically or as a concept) has been the core of BPM since its inception and has been. But, then, we had this intriguing debate on EBizQ on this!

Does the answer lie in “a Way of life”? Now, this is a philosophical refuge for most hard core BPM practitioners, including me, since it actually brings out some irrefutable arguments in favor of BPM as a Discipline. But, then the question arises as to what, “in that BPM way of life”, is at the core. What is it that BPM bring out that a traditional Six Sigma approach or even a functional domain such as CRM or SCM is not already practicing “in the sense of a way of life”. Which way of life does BPM dictate that nothing else can bring forward on its own? I have myself pointed out earlier that it’s the culture/mindset, and not which tools or technologies you use, at least between Case and Processes. But, what would be at the core of BPM vis-à-vis all these various ways of life?

Is it the Outcome-Orientation, as Outside-In or Adaptive approach or ACM suggest? I’m completely in line with the importance of the same, the fact remains that it is a very pragmatic approach to “practice that core thing that BPM is composed off”. It all starts from the ultimate need or want of the end customer, and finding out how a particular process or set of actions need to be orchestrated to achieve the same. I’m just trying to figure it out what that “core” is! What seem common among all approaches are People, Interactions, Outcome, and a combination of tools/technologies, but that would be true of any technology that has an interface for the humans. What differentiates BPM?

We have had many peripheral distractions along the way: Social BPM, BPM(S) in the cloud, and blurring with many other disciplines & technologies, but I guess we have had an opportunity to synergize all these and focus on what the BPM as a discipline had to offer. But, when it comes to the core, while I tried to capture in the picture, the multiplicity of these combinations on offer for those who look for a solution have the question staring in their face again. Do I label my initiative as BPM based on what the vendor or the solution provider calls it (Mike calls it the confusion due to the unnatural acts that hijacking of BPM by vendors causes)? Do we, then, elevate BPM to culture sensitive Business Architecture, where depending on how you bring it about (hint: discipline or way of life again) will determine whether we practiced BPM or not? But, then it goes back to where the core would lie again.

At this point of time, what would be the definitive core set which needs to exist in my initiative to call it a BPM, and without a vendor or a solution provider or an analyst requiring to label it as such, and exclusively so?

I would go ahead and say,… er… um… (almost tempted to blurt out something, but may be later). Whatever I say would meet with some debates anyway! (Hint: For my blurred PoV, look at my attempt from last year and update it a little for the last few months, but that is not an answer too as you can see in the picture as well!)

This entry was posted on March 6, 2011, 5:19 pm and is filed under Architecture, BPM, Business, Technology. You can follow any responses to this entry through RSS 2.0. You can leave a response, or trackback from your own site.